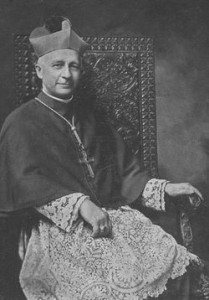 In 1948 Bishop William Adrian of the Nashville Diocese designated the Camden area as a mission of St.Patrick’s Church in McEwen,Tenn. Services were held once a month in the home of Mr. and Mrs. John L.Mitchell by Fr. William B. Grannis. As the congregation grew facilities had to be found.

The late Mr. Smothers of Camden, operator of the Dixie Theater, offered the use of his building which was used until the church was completed in 1950.

The present structure was dedicated in 1950 by Bishop Adrian. The original cost was $28,000, of which $10,000 was donated by the Church Extension Society of Chicago. The mortgage was paid off in six years. 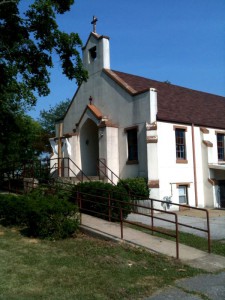 For 15 years St. Mary’s remained a mission of St. Patrick’s. Then in 1965 it became a mission of Holy Cross in Paris, Tenn. The Diocese of Memphis was formed in 1971 and included all the Tennessee counties west of the Tennessee River.

The Most Reverend Carrol Dozier, first bishop of Memphis, made St. Mary’s a parish in January 1981 and sent Fr. Richard Gantert to be its first pastor. The congregation built a two story addition to the church to house their new priest. Additional meeting rooms and an office were built on the first floor and an apartment on the second. 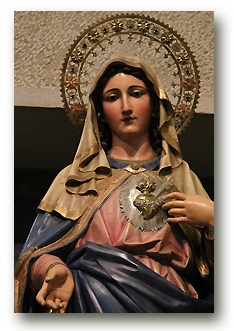